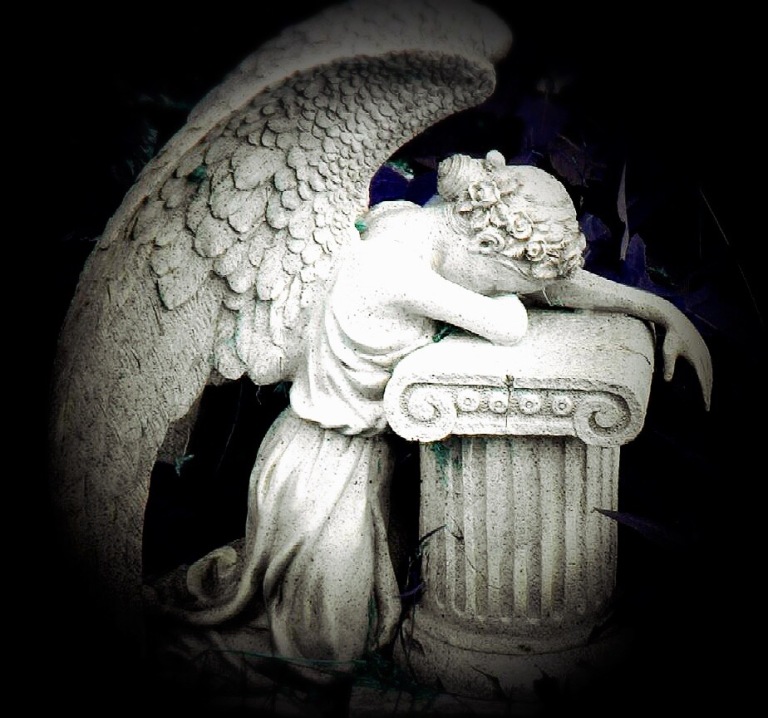 Yesterday, we made the gut-wrenching decision to put our horse and donkey down. We always called the donkey a “horse” because it made her feel better about herself.

Sage, the horse, had an abcess behind her other eye. The first time she had this affliction in the other eye, persistence paid off and we were able to save a bit of vision in it and she was a happy horse for 5 years.

Over those 5 years, I grew to love her with her soft nuzzle, nickering for treats and her multiple attempts to sneak her 1200 lb self into the cottage. One particular Spring day, she smelled baking bread, and couldn’t help but get her hooves up over the back steps and into the kitchen, snuffling and sniffing.

It’s the funniest memory I have of her and I managed to catch it on video.

The donkey, Sassy, was a predictable imp and I was dubbed “donkey whisperer”. Skittish around others, she  would let me pet her, hug her and rub her ears that made her lip quiver. My husband said that he had never seen anything like it.

Each morning she would honk just outside our bedroom window to wake us up for pre breakfast. She had me well-trained, but I didn’t mind.

Once, when I was fairly new to livestock, she broke my nose when I leaned over her unsafely.  I realized then how small I was and how powerful they were.

She would regularly poo on lawn furniture, chew on solar wires and eat chips and beer on occasion.

Three weeks ago, I noticed the horse’s eye running and her skinny winter frame when the grass stops growing for 2 months. We got some Terramyacin antibiotic for her eye and Purina Senior. Then had 3 vet visits to check for scratches.

Abcess was the verdict, so I put myself into horse nurse mode; 3x a day with feeding, treats, medicine and brushing.

By week 2, Sage was happy, seeing, and chasing the Polaris to the barn, happy in the sunlight.

Encouraged, I thought we were on the mend and could soon hand her and Sassy off to the new owners-a young family of 4 who had been introduced to them when the pets were well and in super cute fuzzy mode and demonstrating unusually angelic behaviour that day.

But it was not meant to be.

Sage’s eye got worse and began to drip more.

And she began to trip on easy ground. And got spooked at the smallest noises, acting erratic and dangerous.

The donkey had now become her lead mare and they began to struggle physically and emotionally in the barn’s tight quarters over pecking order and food. Sage was blind and freaking out. There was no way she could not be a 1200lb danger to me, let alone a new family, inexperienced with horses and with 2 young kids.

Yesterday morning the transport trailer came for both of them. They were both aged about 20 and the donkey would have been a wretch without her beloved pasture pal.

And so, they went together to the gentle hands of the hospital that could ease their pain.

The man who came to get them we knew. He agreed whole-heartedly with our decision, even though it was a hard one.

I pet their soft noses through the metal trailer, tears streaming.

“Momma loves you. Don’t be frightened. I’ll always be with you.”

And then, they drove away, down our dirt road.

We kept ourselves busy with errands and a movie. We realised what a horror it would have been for the young kids of the new family to deal with this burden. I have seen death in 2 step parents and in countless pets. I can take it; not well, but I know I will come to live with it and pain will turn to memory.

Yesterday, I needed tranquilizers just to function and still need them today just to stop the tears. I woke up this morning, in a daze thinking it was just a nightmare and not real. I look to the stables, hoping to see some noses sticking out but they’re not there.

Eventually, I will get through the day where bereft sorrow just becomes a part of me and I can smile again.

I’m glad I had horses in my life as pets. I have a way with them and now they are a part of my soul.

A hoof-shaped hole remains in my heart.

And my coffee has tears in it this morning as I listen for the nickering and honking.

The Canada geese honk in the distance and we will return from the ranch to the city today for Suoer bowl﻿-in-Houston.

I need some annoying sirens to pierce the grief, so that I can begin to heal myself again.

God has the horses in His arms now.

Meanwhile, I have other work on Earth still to do.﻿

2 thoughts on “My horses are gone; living with grief”