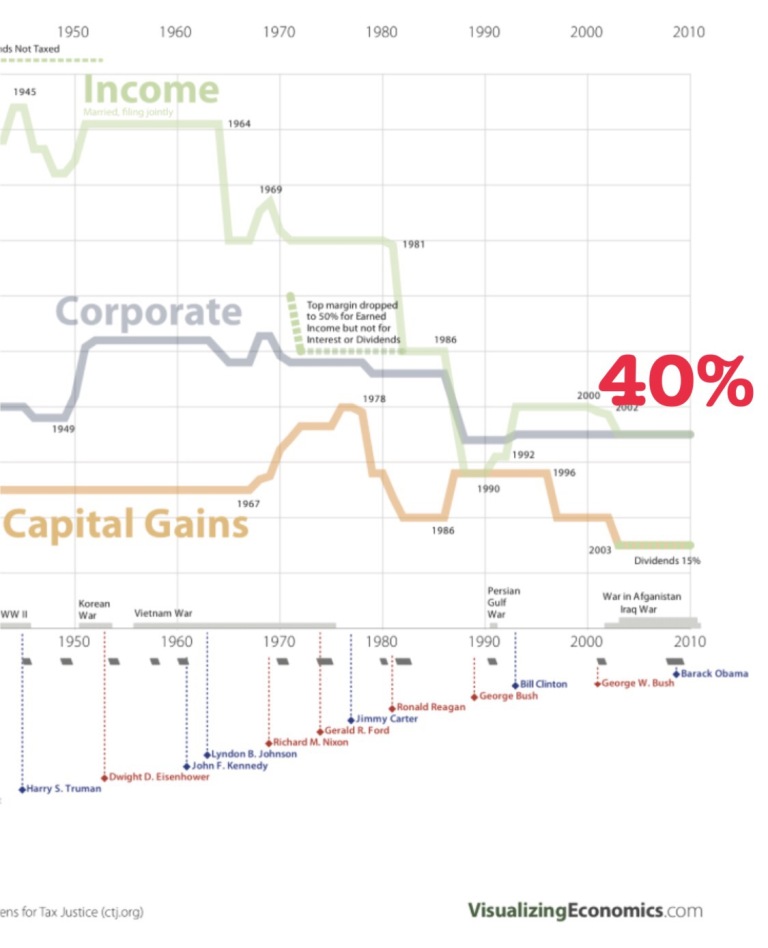 I got this question from one of my readers that I couldn’t answer right away.

I have no formal education in finance.

But I do know that any given administration can affect:

*Borrowing Rates?: Indirectly. The Fed sets these. student loan rates-those are set by Congress and these loans are not backed by any assets and there is $1T in debt owed to our public schools.  That’s why they are relatively high-around 7% (Bloomberg).

What could be at the crux of this election?

Many more could write this answer far more eloquently than me, but let’s learn together, ok?

Where did I even start to answer this?

Sometimes I turn to my husband with the MBA, or to Money magazine, Klipinger’s or Google or YouTube.

In this case, I needed just about all of them plus Bloomberg, WSJ, the first Presidential candidate-debate, and Pew research to possibly get to the root of something that started in 1996.

At first I thought-oh! This is simple-it’s inflation control-not wanting to relive the late 1970s, early 1980s where mortgages and credit cards were at 20% interest! Clothing and shoes were especially expensive. Trade-wise the US was fairly isolated and most countries had taxes on each other’s imports.

Oh sure, we had Jean Nate’ body splash in the 1970s, but who knows what it really was and if it was an import (I think not).

The middle class of the 1970s would be considered poor and/or hipster today; we grew our own food, canned, sewed, swapped, rarely went to a restaurant. Public schools were the norm. Vacations were camping, not Europe. That was normal.

The US economy has been relatively sluggish and flat since 1996 and we have had several Republican and Democratic flip flops since then.

The “Fed” is vernacular for the govt economic agency who meets 8 times a year to check the economy and see if we are in recession (since 1996) or inflation and adjust rates to keep our economy afloat. Banks can borrow from Federal banks at 1% but it’s last-resort.

Why? There is something called the “Fed Rate”-the rate at which banks loan to each other that the Fed sets. Typically a smaller bank asks for money from a larger one at 0.25-0.50% interest.

Don’t you wish you could borrow from the bank that low? They have to pay for rent, salaries, apps and have something juicy for their shareholders. Before you squawk, keep in mind that one of your mutual funds might be invested in a bank. Let’s not hate on banks just for now.
Why is this “Fed Rate” so low? Because the fed looks at “durable goods” (Things lasting longer than 3 years like airplanes and refrigerators; I don’t think iPhones apply). The purchase of these things by companies and people indicate to the Fed if businesses and people are feeling optimistic and buying, or if the economy needs “stimulation”. It seems we have needed economic stimulation for 20 years now, aside from the anomalies of the tech and housing bubbles.

In a nutshell, companies and people have been super frugal about spending anything for the last 20 years, despite what you see millennials posting on Instagram. Your workplace is probably pretty Spartan too: “Plug that 386 back in, Fred, it works good with the dot matrix printer still…and put your dollar in the can for coffee!”

Is it only about dampening inflation then? No.

I looked at a gazillion graphs that all tracked inflation, lending rates and so on through time and I could not tie it to any political party.

How about corporate tax?  Ah.

It was here, with the help of my MBA superbrain guy, that I saw something INSANE. The US has the HIGHEST corporate tax IN THE WORLD and its been hovering around 38% since Ronald Reagan got it down from about 50% around 1985.  IT HAS NOT IMPROVED IN 30 YEARS! Conversely, Ireland has one of the lowest at 12.5%. Perhaps this is why your dental floss is made there…

But perhaps lower wages in developing countries is another piece….

And no tax on foreign-made products?!

Let’s see if getting into our time machine helps….

Suppose it’s 1989 and you own an American company that makes great organic tee shirts that people want. You want it to be an all-US product, so your cotton from the US costs about $5/yard wholesale and a tee takes 2-4 yards. Already, each tee is $10-20.

Now, add labour costs. Minimum wage in the US is being proposed $15hour (today’s dollars). A professional seamstress can make a tee shirt in about an hour.

Who’s going to buy a $50 tee? (You have to make some profit to pay for electricity, shareholders, reinvest in equipment, computers etc).

Some people might buy a $50 tee. Upper Middle class maybe if it’s marketed right. That shuts out about 80% of Americans.

Maybe of the $15 in profit, $20/shirt goes to shipping, warehousing, new designs and shareholders.

People LOVE the tee, so you progress.

The US Government wants their slice of your net profit, so reduce that amount by 38.1%

Move my company to Mexico and save on labour and tax costs?

Move it to Ireland to save on taxes?

The anomaly seems to do with NAFTA (North American Free Trade Agreement) for one. It really began to take effect in 1996 when the US went massively “Trade Global”. That was “First Clinton” who ratified that. Suddenly, US companies began moving manufacturing to countries with lower taxes and low labour costs. Lower and Middle income families were happy that tee shirts were now $6 instead of $40.

But how to find a decent-paying job without Dad’s factory around? US manufacturing of clothes and appliances has all but disappeared.

Where do the candidates stand?

Hillary Clinton suggests that “Advanced Manufacturing” of things like robots, computing systems and solar panels and Maintenence of solar panels is the answer. Is it? My retirement house has solar panels on it but the upfront cost was about $50,000. And luckily it’s in a part of the nation that is sunny and lacks hurricanes and superstorms. Plus, a person couldn’t just walk out of high school and make and repair Mrobots.

“Clinton 2” wants to “attack the rich corporations (where you might then not be employed because your corporation can no longer afford to pay you or your 401k because they’re being taxed more to pay for “free college”.)

Will she ratify the Trans Pac Partnership which is similar to NAFTA?

What about Trump? He wants to slash the corporate tax to 15%. Can that be done in 4 years?  Would the wages have to be slashed also to get American companies back? How do we recoup the missing 23% in the Federal budget?

In asking, reading and watching, neither are my favourite personality-wise, but then this was not a question of personality, was it?

You have to ask yourself, in your heart of hearts, who would you rather have in change of your job, bank account, and 401k?

I have my answer.