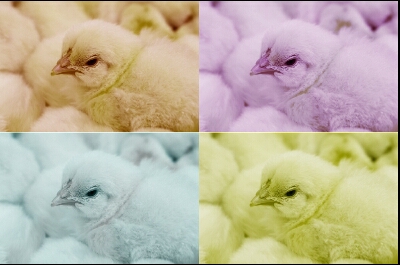 My husband and I are re-watching the outstanding HBO series from the late 90’s, early 2000’s “The Sopranos” (amazon prime video).

In season 2, the son, becoming a teenager, is moody and ponders the meaning of life. He goes to ask his crabby grandma “because you’re old” and she is no help, having put out a “hit” on her own son.

I used to think I would grow up to be a scientist who would cure cancer. My childhood friend, Laura, and I would mix all manner of shampoos and toothpaste in the bathroom sink and think we had a beautiful gloppy “cure”. Barbie never complained being the only test subject in our clinical trials..

I became a scientist, yes, but did I cure anything? No. Was my career a waste? Did I totally miss my purpose in life? Is it too late?

My physical suffering has given me meaning and my purpose.

Each morning, I “check on my little baby chicks” – the hurting ladies on 2 closed Facebook groups “Endometropolis” and “Adenomyosis”.

I could never have imagined in the 1970s social media, YouTube and a global digital community. (I did think of portable screens to watch movies during the day at recess though…).

Like most humans and creatures, my little baby chicks need comfort and kindness. And there are thousands of them around the world hurting, being abused, disabled, losing jobs, marriages, babies.

Sometimes just a *hugs* comment can do wonders. They feel listened to, important, comforted. I feel like maybe I helped a little. Just for that little moment in time.

There was a video going around a few weeks ago about animals helping other animals. Other videos of animals comforting each other go viral, why?

Because that’s what we as humans want.

Life is tough and if we don’t comfort one another, then what is the purpose?