Think you know what this film is about?
Watch it again. And closely.

It’s poignant, with beautiful, lilting diction and photography: a heartfelt true story of a man who was living a wonderful life with his family in 1843 when,

one night, he drank too much at the urging of 2 men promising more riches if he would play his violin. He was then kidnapped and sold into slavery.

After watching the film a second time and reeling again from the horrid injustice that happened, it occurred to me that perhaps Solomon Northrup was not the only slave.

There were several mentions in the film of massive debt, selling debt and “have him add it to our debt” from those who “owned” the plantations.

I thought the plantation owners were “rich”-obscenely large homes, land and buying of people (makes my heart break and my stomach sick).

Curious, I turned to the internet and was astounded to find a couple of things: I flinch as I write this- buying good people in 1843 to work the fields cost $35,000-$50,000 per person. In the film, I recall at least 20 working the cotton fields under a usually-drunk “master”-Mr. Epps. Mr. Epps was somehow able to buy the “debt” of the quieter former “owner” who left his dirty work to the brutal overseers (another underlying theme about EVERYONE looking the other way, but I digress).

When Thomas Jefferson died, he was $4million in debt from his tobacco, wheat and nails plantation and had nearly 200 people working 5000 acres. Being a math nerd helps distract me from things like the horrible reality that was slavery. My mind wants to cry and cry and then thinks “go to the calculator, go to the calculator!”

And then to mistreat, starve, abuse that who is worth far more than $10million?
For whom there is no pricetag?
What kind of “businessmen” were these?

And who were the masters of the plantation “owners”?
Fear.
Alcohol.
Merchants.
“The reckoning” 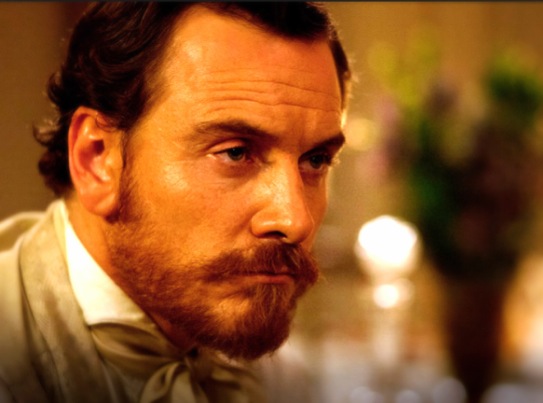 Jefferson was addled by debt his entire life until his death @86. Perhaps apt punishment for a slave owner and a person so irresponsible with money (he took no accounting of the lavish parties as President and owed yet more money when he left office). http://www.history.org/Foundation/journal/Winter10/jefferson.cfm

“The borrower is slave to the lender”.